Today’s spotlight is on a community that is close to my heart because it was where I bought my own first house: a cute 1947 storey-and-a-half on a charming tree-lined street in Renfrew.

I thought many times about the history of that house. What was Calgary like when that house was built? How many families lived there over the course of history? What cars did they drive? How many kids were squeezed into one of the two tiny bedrooms? What games did they play in the backyard?

Although it would have been a far-from-downtown suburb at the time, situated up the hill from Bridgeland (east of Edmonton Tr and south of 16 Ave), Renfrew has now blossomed into a lively, walkable, inner-city community that can accommodate all stages of life.

It still boasts charming tree-lined streets and post-war houses but added into the mix are new infills, townhomes and apartments plus awesome restaurants, schools, bike lanes and transit options. Easy access onto major routes means you can easily make your way around town by car but you could also take a 30 minute walk to East Village or your office downtown.

One really fun fact about Renfrew is that it was home to the original Calgary airport! The Rutledge hangar still exists on the corner of 6 St and 12 Ave NE and small planes arrived there with mail in the 1930s. It was also used for Air Force training during World War II.

The property now hosts the Boys and Girls Club of Calgary. 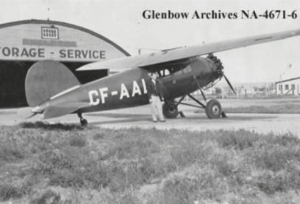 Renfrew features some of Calgary’s most spectacular downtown view lots with gorgeous new construction houses coming up in the $1M-$3M range. But you can still purchase an affordable detached older home in the $500,000 range.

The benchmark single family house price in neighbouring Bridgeland is about 7% more expensive then Renfrew and apartment-style condo benchmark prices are 35% higher! This is partially due to the fact that Bridgeland has more new construction condos than Renfrew, which naturally sell for higher prices.

This means that Renfrew offers terrific value for those looking for a slightly quieter, more residential neighbourhood that is still incredibly close to downtown and some fantastic amenities.

To find your own dream home in this urban (but not too urban) oasis, drop us an email, text message or pick up the phone!